Delegations of the Ministry of Economy and Finance 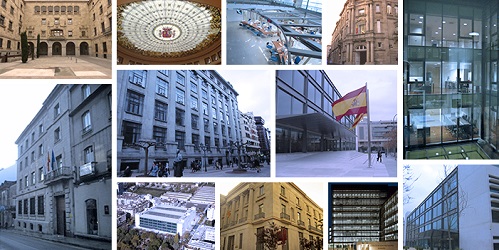 As they are currently structured, they are created in 1992, as well as the State Tax Administration Agency, which performs the duties on taxation. Until then, these duties had been carried out by what were then known as the Delegations of Economy.

In the same way, the Delegations perform, for an indefinite term, the general representation of the Ministry of Finance and, where appropriate, bodies attached to or dependent on the Department.

The Delegations of the Ministry of Economy and Finance are composed by the following agencies:

The duties and functions of the Ministry of Economy and Finance are indicated in its governing regulations.

There is a Delegation of Economy and Finance in all the province capitals, as well as in the cities of Ceuta and Melilla. Contact details.

The Delegations based in the capital of the Autonomous Communities are of a special nature and undertake, where appropriate, in addition to their specific duties, the functions of management, promotion and coordination of the remaining ones in the territorial area of the Community.

As an exception, in the Autonomous Communities of Extremadura, Galicia and the Basque Country, the delegations based in Badajoz, La Coruña and Bilbao have such status. In the Autonomous Community of the Canary Islands, the delegation based in Las Palmas de Gran Canaria have this status, and in respect of Ceuta y Melilla, the Special Delegation of Andalusia owns this duty.

Likewise, there are four local units in Jerez, Vigo, Gijón and Cartagena, as well as two delegated units in Maó-Mahón and Eivissa, respectively.

Ministry of Finance and Civil Service